Participation – the 5th ‘P’ in Profit 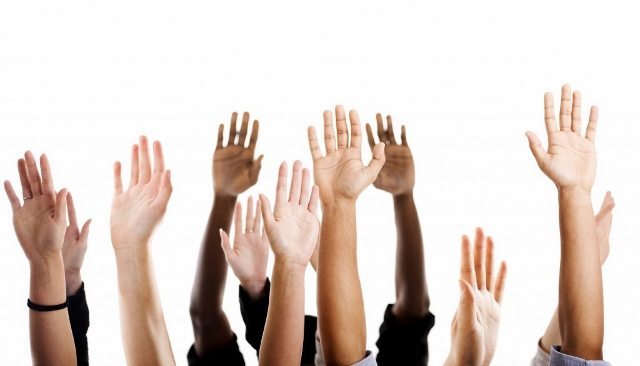 This is the 5th in this series of posts explaining why the word Profit contains 6 'P's. So far we have covered:

These first 3 comprise what is often called the 'Product Creation' process and is, frankly, quite the hardest part of the whole.

We then went on to number 4 which was to Publish. This was the point at which you unveiled your business to the market and made it possible for customers to place orders. However, it would be unlikely that there would be much of a rush for orders without the last 2 'P's in the pudding. So our next 'P' and number 5 in our 6 'P's in Profit is Participation in the marketplace.

This is where the wave of social media marketing which is sweeping across the connected world has broken the mould of old style marketing.

At this point, old style marketing would have shouted 'PUSH' and pointed prospects straight to the order form. Old style 'push marketing' was a one way broadcast service.

Whether it be ads, leaflets, newspaper, radio or television it comprised: 'Here's our product, this is why we think you should buy it - now buy it.' ...end of message. Probably repeated endlessly as the marketing executives did what they could with split testing and alternative strategies to improve on the results that they were achieving.

However, since 2005 the internet has increasingly enabled a two way process of communication whereby the 'market', otherwise known as our prospects, has been able to reply to the merchant and to give feedback.

And then, in addition, we got the social media explosion of Facebook, Twitter, Google+, Linkedin and similar social networking sites which enable the market to talk to each other online and, wait for it,.... talk between themselves about the products they are being offered or have already bought.

So we now have 2 additional channels of communication going on:

Why is Social Media important?

It is important because the best way to sell something is face to face - the most sociable way of communicating.  Why is this so? To answer this question you need only look at a practice common among successful business people and it's called networking.

Successful business people know that the best way to sell their products and services to other business people is to meet them personally. There are whole business based on providing networking opportunities. One of the better known is 4Networking which has distilled the process into the mantra of 'Meet..Know... Like ..and Trust.

Because every sale of every product or service no matter how it is transacted is between two people; the buyer and the seller. And the buyer will buy when they have met, got to know, come to like and then trusted the seller enough to buy something from them.

Of course, there are lots of variations on this process. But examine any transaction and you will find that this process holds good. So networking during which your prospects can get to meet, know, like and trust you is the most effective way of selling - whether it is business to business or business to consumer.

It is a network that is providing exactly the same function as the old fashioned face-to-face networking that successful business people have known to be the most effective marketing method for decades.

So social media marketing is nothing new. It is simply old-fashioned networking but carried out online. And note that I said it was the most effective method. Not the quickest, but the most effective. Why is this?

Because it is taking people through that process of meeting you online, getting to know you from the content that you publish and the opinions that you express, liking what they see and hear and ultimately coming to trust you to the point that they will be ready to buy from you when you make them an offer.

Notice that I said 'when' you make them an offer. Because this is not something you have yet done. Where your interests overlap with your prospects

Your prospects, by their own actions, perhaps by joining groups on Facebook or Linkedin related to certain keywords, becoming a Fan of a Facebook business page, Tweeting about things they are interested in, have declared their interest in certain subjects.

It is not hard for you to find these areas of interest - just use the Search button on any website or social media service. This is where you Participate.

Not in a blunderbuss fashion but by targeting your participation at those groups of prospects who have already declared their interest in your subject area.

You can start to participate by providing useful help and advice where appropriate whenever someone poses a question or asks for help.

After a while, start new conversations yourself. Express an opinion on a relevant subject and ask people what they think. Always seek to obtain a reaction. This is Participation during which you come to be accepted into a group or community. And during this process the other members of that community will have come to meet, know, like and trust you.

To the extent that when you declare that you have some product or service that they may find useful if they bought it then they are already nine tenths of the way through the purchase process.

Let's now go back to the comparison with old style 'push' marketing. Now, instead of just shouting at your market and exhorting them to buy in a one-step 'push' process we have a 2 step process the first of which is that you have become part of their community by participating in it.

By Participation you have become part of the community leaving only the final 'P' of Promotion to follow when, from time to time, you refer to an offer you have available.

In the modern world we are dealing with 'pull' marketing. Get prospects involved with you before you ever offer them anything to buy. Become a trusted member of their community by Participation and you will find that the final push to promote a sale is much, much easier.

Next time we will deal with the final 'P' of Promotion in our 6 'P's in Profit series.